Places to visit in Ivano-Frankivsk, Stanislav 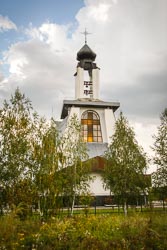 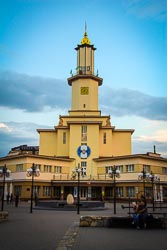 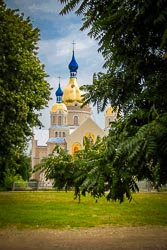 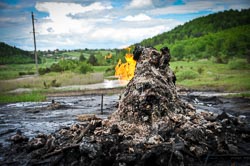 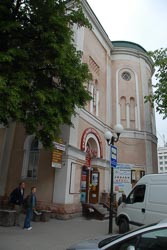 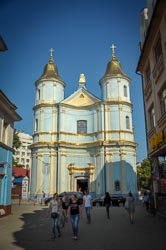 My custom tours are minimum one day long and will be customized exclusively for you. You will visit only the places you want to see and do only the things you want to do, always at your own pace. You can combine the places, finish and start your tour wherever you want.
A few places even in differnt towns can be included in one day program. One day tour can last up to 12 hours.
You can send me a custom tour enquiry to tell me your travel plans so that I can assist you.

Originally in the territory of the present city there were the villages of Zabolotya (mentioned in 1435) and Knyaginin (1449). In the middle of the 17th century, Stanislaw “Rewera” Potocki, a Polish noble, magnate and military leader, bought Zabolotya with the surrounding lands and used them for recreation and hunting.

In 1650, his son - Andrzej Potocki - began the construction of wooden fortifications in this place. May 7, 1662, he founded a town and named it “Stanislawow” (in honor of his father or his son). August 14, 1663, King John II Casimir formally approved the coat of arms of the town. In 1666, the town hall was completed. In 1672, the fortress was rebuilt in stone and the Potocki stone palace was finished.

In 1772, as a result of the First partition of the Polish-Lithuanian Commonwealth, the town became part of the Austrian Empire. In 1801, because of the bankruptcy of Potocki, all his property was transferred to the state. The fortifications began to be dismantled and the materials were used for building purposes and paving roads. New streets were laid on the place of the buried ditches.

In 1868, half of the town was destroyed as a result of a fire. In 1890, the population of Stanislawow was 22,391 people. In 1915, during the First World War, the Russian troops reached the town and heavy fighting greatly damaged it. In 1917, Stanislawow was occupied by the Russian troops. In early 1918, after the conclusion of the Brest Peace Treaty, the Austrian authorities returned to the town.

In October 1918, as a result of the collapse of the Austro-Hungarian Empire, the West Ukrainian People’s Republic was formed. May 25, 1919, during the Polish-Ukrainian war, a Polish uprising took place in Stanislawow, then the Romanian troops entered the town, which remained there until August. In 1920, during the Polish-Soviet war, the town was briefly occupied by Soviet troops.

September 1, 1939, the German troops attacked Poland, the Second World War began. September 17, 1939, the Red Army of the Soviet Union entered the territory of Poland, which later became part of the Ukrainian SSR. After the entry of Western Ukraine into the USSR, the city was renamed Stanislav and became one of the regional centers of the Ukrainian SSR. In 1940, Stanislav Teacher’s Institute was opened.

October 6, 1945, the Stanislav State Medical Institute was opened. October 31, 1945, a group of the Ukrainian Insurgent Army raided the area. In response, until February 1946, the troops of the NKVD (the People’s Commissariat for Internal Affairs) carried out a sweep of the nearby forests until the group was liquidated.

September 9, 1962, the city celebrated 300 years from the day of its foundation and was renamed Ivano-Frankivsk in honor of the Ukrainian poet and writer Ivan Franko who repeatedly visited it, wrote and read his works here. In 1971, the population reached 110,000 people.

In the early 1990s, Ivano-Frankivsk was one of the centers of the movement for Ukrainian independence.

Places to visit in Ivano-Frankivsk Region 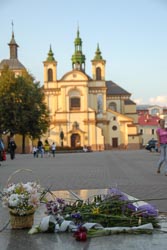 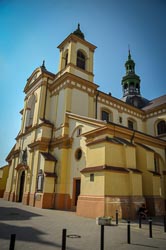 Church of the Virgin Mary with a bell tower (1672 - 1703). The temple was built in the stylistic forms of the late European baroque by F. Corrassini and K. Benno. In 1877 the artist E. Fabiansky performed a monumental drawing in the interior, in the XIX century. from the outside are attached to the buttresses. In 1882 the church was repaired after a fire. Under the church in the crypto was the generic tomb of Potocki. Today in the former church there is an art museum.

The former Catholic church of the Blessed Virgin Mary is one of the most valuable architectural and spiritual monuments of Ivano-Frankivsk. Here you can see examples of Galician icon painting, works of classics of Western Ukrainian painting, as well as works of Polish, Austrian, German, and Italian artists of the 18th-20th. 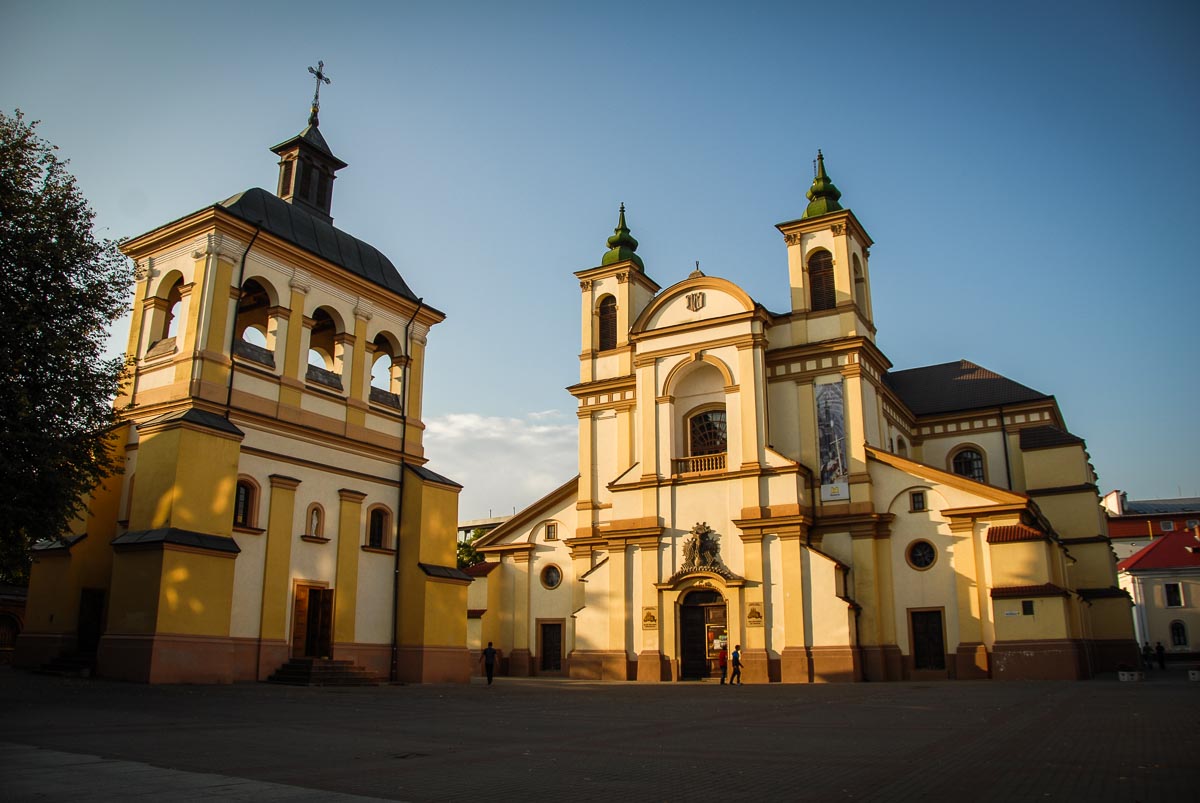 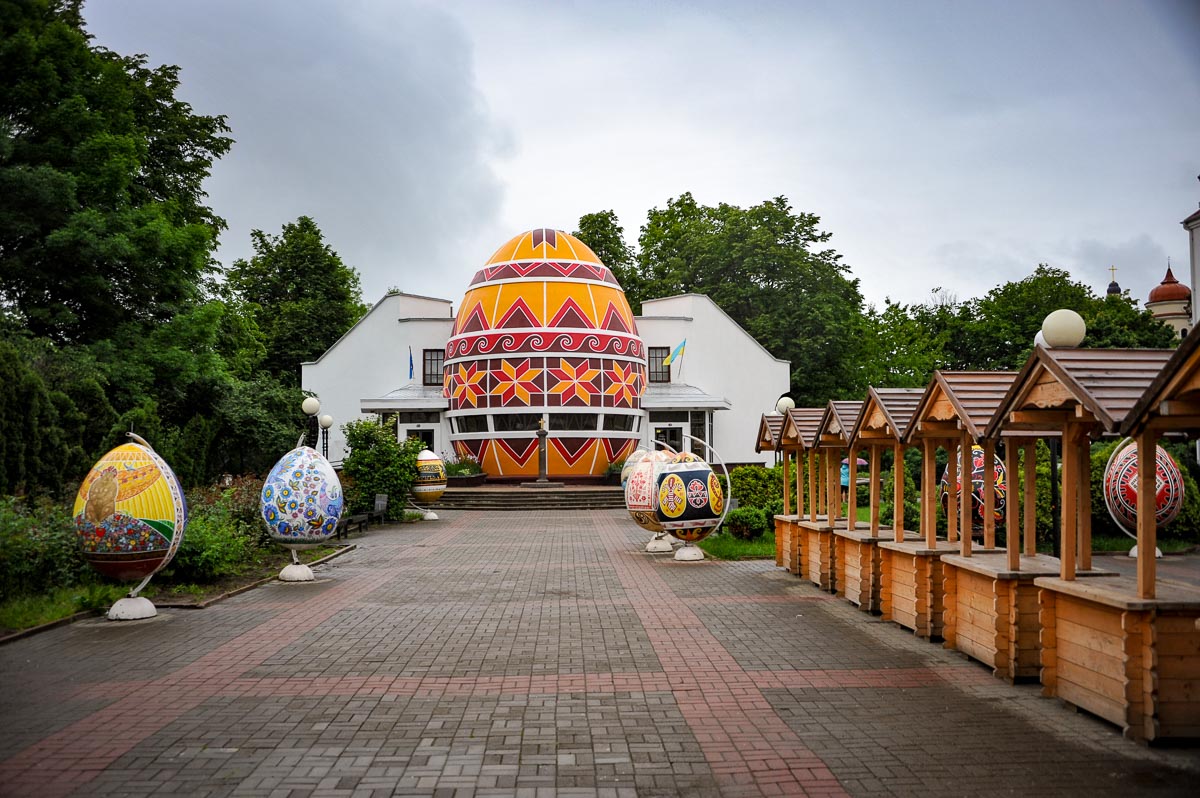 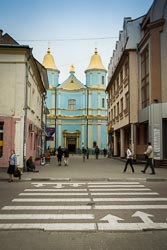 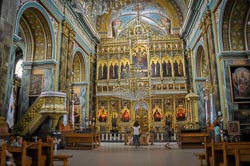 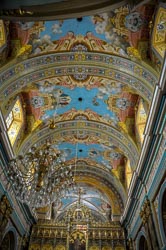 Armenian church, built during 1742-1762 in Baroque style on the site of the old wooden, standing here since 1665. In the 1760s, Jan Soletsky performed a fresco painting of the church. During its existence, the temple was repeatedly rebuilt and restored, resulting in a significant change in its appearance: two round towers were lower, disappeared tower, which crowned the roof, changed the configuration of the pediment. 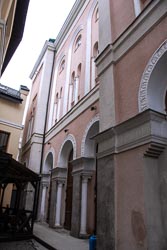 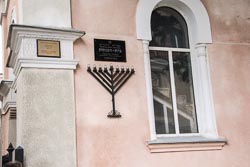 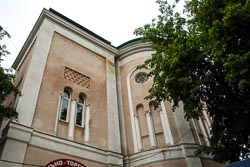 Reformed Synagogue in the third-largest Galician town of Ivano-Frankivsk was planned by the renowned Viennese architect Wilhelm Stiassna (1842-1910), in 1894-95. The building was completely plastered, the masonry was not visible, and the stonework grids imitated the jalls. The means of circular entrances and niches were elevated to give the building an oriental character. The most exotic elements of the synagogue were four towers crowned with 'onion' domes and the Star of David, which dominated the horizon line and emphasized the presence of the synagogue outside the historical Jewish districts